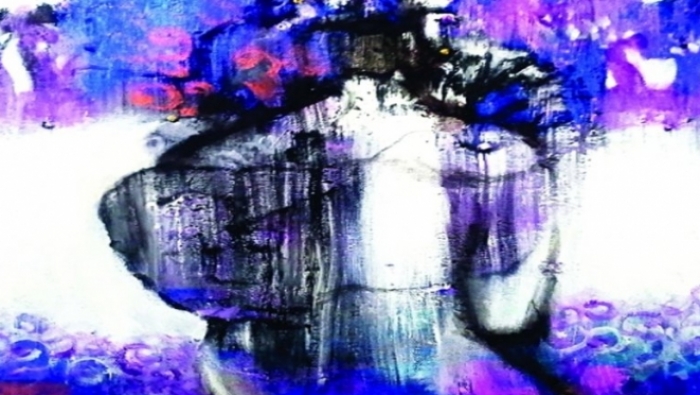 It is the new writing and the problem of the pursuit of belonging as if poetry has become without characteristics which indicate it, or without an essence to which poetry arbitrates its belonging, then what poetry has become that it is no more one of the prose species (novel - play - story - article - ...) that means poetry has become a transient writing which has no origin.  Names are qualities, a collection of elements, not only common, but also similar characteristics. Quality is a name of something in specific terms, which differs in other terms. The phenomenon, any phenomenon, as it is completed, stabilized and stopping of change, alternation and deviation, it becomes easy and accurate to be designated, classified and descripted. No name precedes the named and the naming is a subsequent action even if Adam has learned all the names in advance. And if there is a pre-named object, it is a mere reflection of the spirit of the patriarchal force like choosing the names of the children sometimes, which goes beyond the social phenomena (depicting forms of government, for example) or literary (talking about artistic methods and planning for their production as any commodity, For example).
In Arabic, poetry is known as: "metrical, rhythmical and rhymed speech”. Al-Farahidi worked on the study of the Arab poetic heritage, underlining the law ruling everything within the framework of definition’s conditions. Then, poetry that is lacking any of these conditions, is considered something else and is not called poetry. It is quite clear that such a definition is nominal. But until then was comprehensive of all the contents touched by the so-called poetry. Literature, therefore, became poetry and prose. Prose is defined as not poetry. This is a clear fallacy which implicitly assumes there is no other rhymed but poetry. Therefore, prose is the opposite of the rhymed not opposite of poetry. In this point, there is no contradiction in saying that there is no difference between poetry and prose, where poetry is one of the types of prose. Even though the historical researches in the field of arts and literature suggest that metrical and rhythm are primary. Is there any definition of prose as well as of the definition of poetry? !! Any definition can determine what prose is, and what distinguishes it from others in terms of time, unless saying: it is not poetry. On this basis, the literature is divided into poetry and prose. Poetry includes itself only, and prose includes a wide section of forms and varieties, that is, all what we write, Including the bill we take from the store.
Let us leave poetry into its own state, distinct from prose in rhyme and rhythm. Let us search for a suitable place for new writing ( any new writing) in the prose space, when the tribal standards of prose (novel, story, play, article..etc.) become narrow, and wait for any new writing to produce a set of characteristics, values and qualities that can form a criterion for it and this suggests what can be considered a characteristic or a name. With the emphasis that researches and studies opposite this writing (as a prose poem !!), including what I personally presented in my two books (The Damaged Modernity And The Worried Strains - Dar al-Tali'ah al-Jadida House- Damascus 2006 – and ( The Anxious Existing and The lost Ego) Linda House- AL Sweida 2011- have not yet been able to surround the mechanisms adopted by the new writing, which make them different enough to naming and characterizing them, and this is perfectly natural with a phenomenon in the process of formation.
Prose poem, free poetry and prose poetry…etc. All of them are defensive names and classifications that anticipate the expected rejection of a new form of writing and constitute another pretension which always requires a keeper to facilitate their acceptance and production. Where any additional value the writing of non-belonging can acquire by the impersonation qualities that do not have the belonging elements to anything unless what might be a requirement of belonging to any type of writing. I mean the purpose and aim.
Someone might say what is wrong with insisting on belonging to poetry ?! Does the name reduce the creative value of the text ?! For the first question, I say that this insistence confirms the recognition of the poetry limits which is an area without limits. The new writing is more adventurous and discovering of the unknown and more intrusive to new horizons. So Why do you want to imprison it and reduce the limits of its ambition ? Thus the answer to the second question comes automatically. In this sense, poetry becomes a violating of the privacy of the new writing ( The modernity here certainly does not mean time), but this does not happen by snooping, and perhaps by profaning poetry as an artistic style, or as a mechanism of reception and sensation. But by the motivation of the Salafis tendency which is always existed in the minds of many writers who do not dare to believe that their writings are different and unprecedented and I think they are the better to notice it.